How do you handle waking up to find yourself living in a bad dream? Do you spend a lifetime mourning what could have been, or do you create a better ending?

The popular e-book entitled  COURAGE: Stories of Hometown Heroes shares stories of people who have found success after a life-changing event like spinal cord injury, including the personal account of America’s greatest fisherman, Clay Dyer, who was born with no hands or feet. An excerpt of his story is below.

At 36-inches tall, weighing 85 pounds, with no hands or feet and only one partial arm, Clay Dyer of Hamilton, Alabama, had every excuse a man needs for failure in life. However, Dyer has taken all of what most outdoorsmen will consider disadvantages in life and has turned them into advantages. Today, he’s America’s greatest bass fisherman.

Dyer’s had 25-tournament wins on the local and regional levels, and on the national level and has finished in the top 75 fishermen in tournaments. When I ask him why he hasn’t won more tournaments, he laughs and says that, “I haven’t had enough time on the water yet, or enough experience to get as good as I can be. I’ll keep working hard and knocking on the door until I win one of those national tournaments.”

I knew I’d have to work hard until I could learn how to accomplish my goal, but I’ve always known that if I work hard, there’s nothing I can’t do.”

Currently, Dyer is fishing 30 to 40 tournaments a year as he continues to learn his craft and improve his skills. This season, he’ll fish ten national tournaments.

“Most of my partners are a little skittish at first,” Dyer explains. “They’re afraid they’ll offend me, so they’ll be cautious. But I tell them I want to be treated just like any other fisherman. They really don’t know how independent I am.”

Dyer speaks at places other bass fishermen never have the opportunity to speak. Dyer has presented to business planners from across the nation at Disney World, and he constantly talks about facing obstacles and adversities in life and how he uses his faith to overcome all the challenges he encounters.

Sponsors quickly have realized that if Dyer can drive a boat safely at 70-miles-an-hour, then most anyone can do it.

“If I can cast a rod and reel without getting a backlash, then anyone can,” Dyer advises. “If I can catch fish on a company’s lures, then these lures can catch fish for anybody. Also, because of my physical appearance, I get noticed wherever I go. Sponsors also know I’ll work hard for them.

They know I’ve been competitive fishing for 15 years, and I’ve paid my dues to stay in the sport. If I can, you can – there are no excuses.” 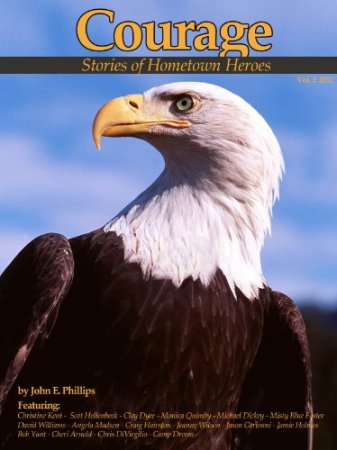